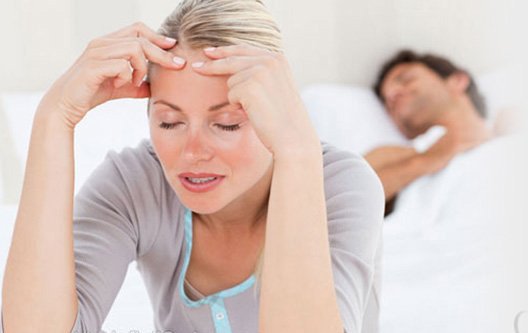 Previous research has observed an association between sleep apnea and depression. For instance, a 2012 study published in the journal Sleep claimed to be the first nationally representative survey – taking in 9,714 American adults – to examine this relationship. That study found sleep apnea symptoms were associated with probable major depression, regardless of weight, age, sex or race.

In the new study, researchers from the University of Adelaide in Australia studied 1,875 male participants between the ages of 35 and 83 over a period of 5 years.

The study found that excessive daytime sleepiness and severe obstructive sleep apnea were individually associated with the prevalence and onset of depression – with the combination of both associated with even greater risk.

Obstructive sleep apnea is estimated to affect 1 in 2 men and 1 in 5 women, but up to 82% of cases are undiagnosed, according to the researchers.

“Depression is a serious public health concern and a lot remains unknown about how to effectively treat it in men,” says Dr. Carol Lang, postdoctoral research fellow in the University of Adelaide’s Department of Medicine. “Men are less likely to seek, and more likely to drop out of, treatment for their depression and are four times more likely to die from suicide attempts than females.”

While there is not much available evidence from large studies to inform how best to manage this combination of sleep apnea and depression among men, Dr. Lang says that many small studies report that the sleep apnea treatment continuous positive airway pressure (CPAP) therapy has been shown to reduce severity of depression.

For instance, a 2007 study published in the Journal of Clinical Sleep Medicine reported that while CPAP did appear to relieve depression symptoms, the study authors were unable pinpoint the mechanism driving this improvement.

“For now, if you have sleep apnea our advice is to simply be aware of the increased risk for depression and talk to your doctor if you have any concerns. It is also important that people with depressive disorders raise any concerns about their sleep with their physician because often sleep problems are assumed to simply be a result of the depression itself and not investigated.”

Please fill up the form and select the file you wish to upload and then click Submit.